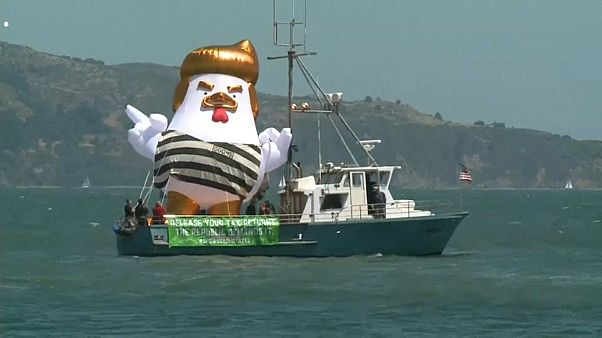 According to the organiser’s website, the event “escorted America’s Most Wanted Chicken to the Big Coop”. The chicken, with a physical resemblance to President Donald Trump, was dressed as Prisoner 00045 (Trump is the 45th president of the United States). The demonstration was to offer "a way for citizens of all political leanings to celebrate the rule of law and the power of democratic traditions," the website said.

It also jokingly stated that any comparison made between the chicken and Trump is “the fakest of Fake News,” alluding to Trump’s repeated attacks against the media.

The inflatable bird was first seen in April of 2017 at the San Francisco Tax March--a protest with the objective of pushing Trump to release his tax returns. After GoFundMe fundraisers exceeded their goal in just a day, several other cities, including the capital, also erected the inflatable.