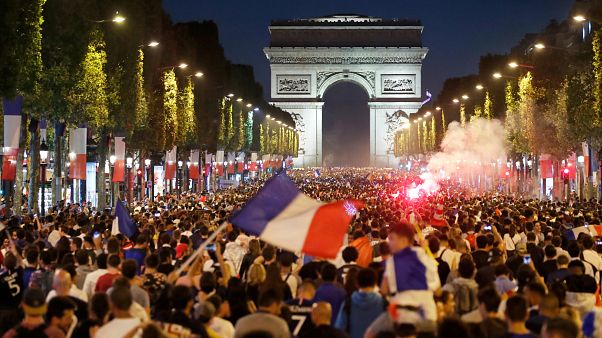 Floods, World Cup reaction and sciatica: No Comments of the week

This week, widespread floods and mudflows resulting from heavy rainfall in southwestern Japan have so far claimed over 200 lives in the worst weather disaster to hit the country for 36 years.

On Tuesday, an MC dressed as Captain Haddock from the comic series Tintin roused Belgian football fans on a flight to St Petersburg ahead of their World Cup semi-final clash against France – a match Les Bleus won 1-0 to the roaring delight of thousands in Paris.

This week also saw the flying debut of ‘Trump baby’ – an inflatable caricature of the US President which was launched over Westminster during his two-day working visit to the UK.

And on Wednesday, European Commission President Jean-Claude Juncker’s unsteadiness at a NATO leaders’ event in Brussels raised eyebrows, prompting his chief spokesman to say his swaying and stumbling was down to a “particularly painful attack of sciatica”.