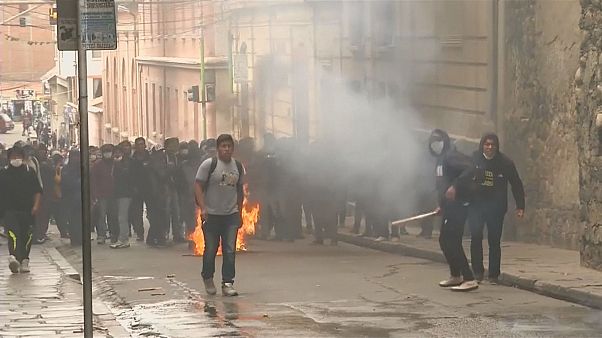 Violence broke out in La Paz, Bolivia, on Wednesday (June 24) as university students and professors calling for greater funding clashed with police, amidst public anger over spending on a new government palace and President Evo Morales' trip to Russia for the World Cup.

The violence began when protesters gathered in a central square near where the new government palace is located. Police shot tear gas and a employed a water cannon in an effort to move them. In return, protesters retaliated by throwing rocks and explosives at police officers.

The anger of the students has been amplified by what they call excessive spending by the government of Morales' administration on the new government palace.