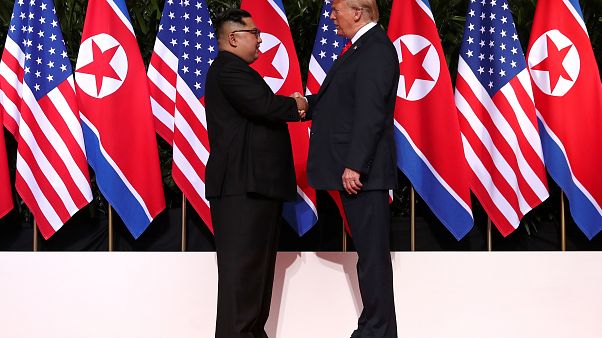 US President Donald Trump and North Korean leader Kim Jong Un shook hands and smiled as they started a historic summit on Tuesday, just months after they traded insults and threats of nuclear war.

For both men, the summit, the first between leaders of North Korea and the United States, is likely to be a defining moment of their careers.

The meeting would have been unthinkable last year when tensions spiralled in the region over North Korea's nuclear and missile programmes as it raced toward the goal of developing a nuclear-tipped missile capable of hitting the United States.