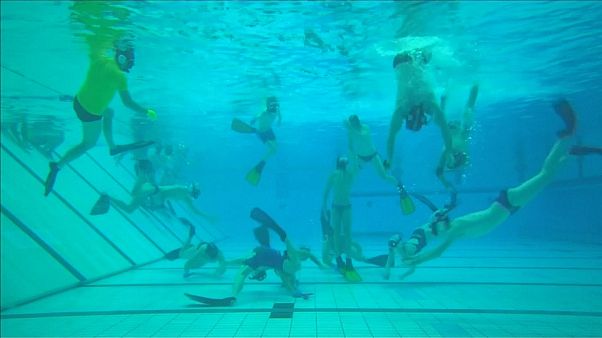 Underwater hockey known as 'Octopush' is growing in popularity in the United Kingdom, where it first originated in the 1950s.

The sport was created in Essex by the Southsea Sub-Aqua Club and was primarily seen as a way for members of the local diving club to stay in shape during the winter months when the North Sea was too cold to dive in.

The first official competition took place in 1955 and saw clubs from Brighton, Southsea and Bournemouth go head to head.