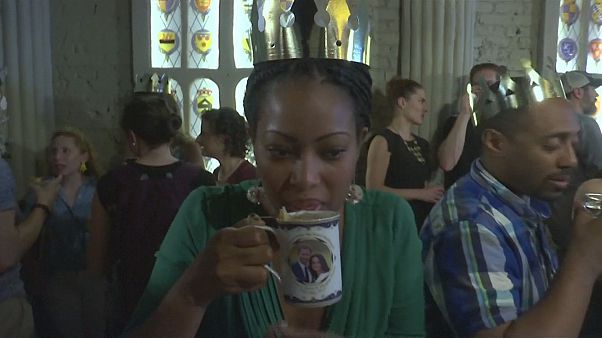 Toasting UK royals with a 'Markle Sparkle?' It's an American thing

It may not be on the menu at the upcoming wedding of Britain's Prince Harry and American actress Meghan Markle, but some Yanks will toast the happy couple with a "Markle Sparkle."

Looking to give Americans a taste of something they rejected more than 240 years ago, a Washington bar is going with a British royal family theme in honour of the wedding.

Harry, Queen Elizabeth's grandson and sixth in line to the throne, will tie the knot with Markle on May 19 at St George's Chapel at Windsor Castle, the home of British kings and queens for almost 1,000 years. The couple have attracted large cheering crowds in public appearances since their engagement was announced in November.

The Royal Wedding Pub, the latest persona of a bar with ever-shifting themes in northwest Washington, DC, has been transformed to look like St George's Chapel, with vaulted ceiling and stained-glass windows.