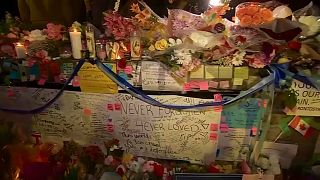 Suspect Alek Minassian, 25, was charged with 10 counts of murder and 13 counts of attempted murder after allegedly ploughing a rental van into pedestrians on a crowded sidewalk on Monday.

Facebook confirmed on Tuesday that Minassian wrote a post before the incident that referenced an "incel rebellion". The term is shorthand used in some online message boards for "involuntary celibacy", a loose social media movement of men who blame women for their celibacy.

Canadian authorities have declined to say whether anger towards women had motivated the attack.