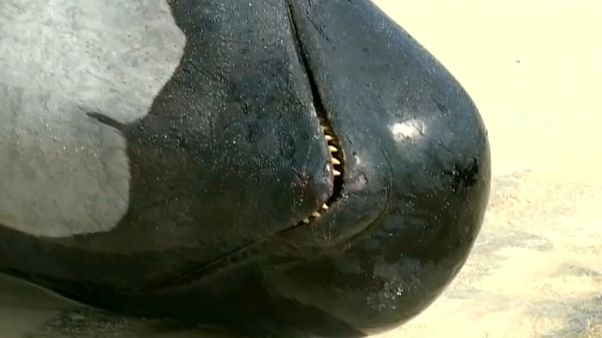 More than 150 whales have become stranded in Hamelin Bay inAustralia

More than 150 whales have become stranded in Hamelin Bay in western Australia, and only 15 of them were still alive on Friday, authorities said. The mammals are believed to be short-finned pilot whales.

The stranded animals were first spotted by a commercial fisherman early on Friday morning.

As of Friday afternoon, only 15 whales were alive. A rescue operation was underway to try and herd them back to sea. Authorities say palliative care will be administered where necessary.

The carcasses were being removed from the beach, with Parks and Wildlife Service officers taking DNA samples in an attempt to collect clues about why whales strand.