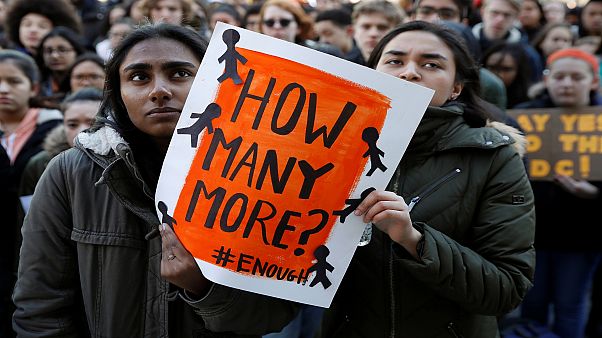 Students walked out of classrooms across the United States on Wednesday (March 14), waving signs and chanting their demands for tighter gun safety laws, joining a movement spearheaded by survivors of the deadly shooting spree at a Florida high school last month.

"Prayers don't fix bullet holes," read one sign. "Am I Next?" read another.