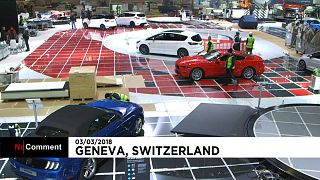 The 88th Geneva International Motor Show (GIMS), the first major event on the European auto industry calendar in 2018, will open its doors to the press on Tuesday.

The first two days, historically dedicated to media, will be welcoming more than 10,000 accredited media from around the world to showcase 110 world and European car premieres.

Some 700,000 visitors are expected over the 10 days that will see 180 exhibitors show off the latest technologies and newest car models.

Considered among the world’s top five car shows, this year’s edition promises to be as spectacular as ever with supercars dominating the headlines.

The show opens to the public on March 8 and will run until March 18 at the Geneva Palexpo.