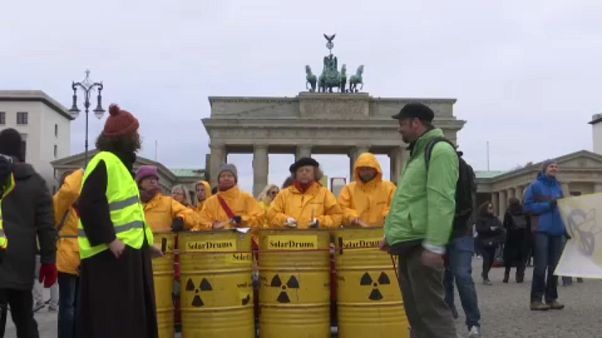 Hundreds of people formed a human chain between the United States and North Korean embassies in downtown Berlin on Saturday during a protest over the rising tensions and harsh words between the two nations.