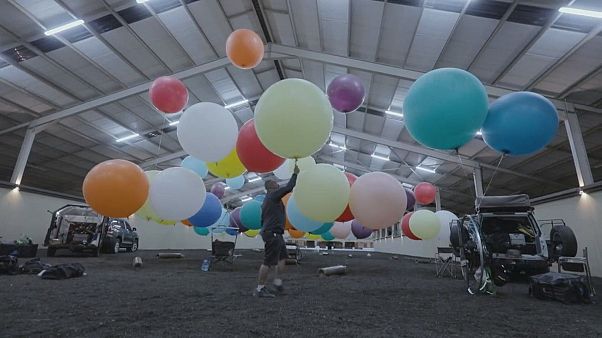 A British man has come up with an unusual form of travel, flying over South Africa using only balloons and a camping chair.

Tom Morgan, from Bristol-based company The Adventurists, took to the skies near Johannesburg on Oct. 20 for two hours, reaching heights of around 2,500 metres and travelling some 24km in the process.

“It was a fairly indescribable feeling, wafting across Africa on a cheap camping chair dangling from a load of balloons. Sort of peaceful and terrifying in equal measure. I came here to see if we could organise the world’s most ridiculous air race and after that flight, I’m more convinced than ever that we can,” Morgan said.

The 38-year-old spent two days inflating balloons ahead of the flight, which he described as “magical”.

“We’ve done some pretty ridiculous things in the past, but this is up there with the best of them and we can’t wait to get this up and running as a full on race next year,” Morgan said.