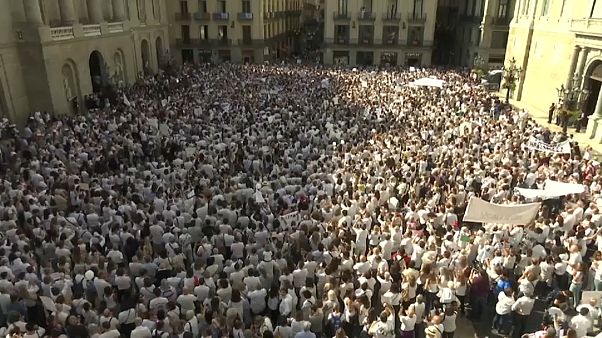 Thousands of people gathered in Barcelona as Catalonia prepared to declare independence with many dressed in white and calling for talks to defuse Spain’s worst political crisis for decades.

The wealthy northeastern region of Catalonia, with its own language and culture, has long claimed to be distinct from the rest of the country and on Sunday held a referendum on leaving
Spain, a vote the constitutional court had banned.

The Catalan authorities say that a majority of those who voted supported a split from Spain, something Madrid says is illegal under the country’s 1978 constitution.