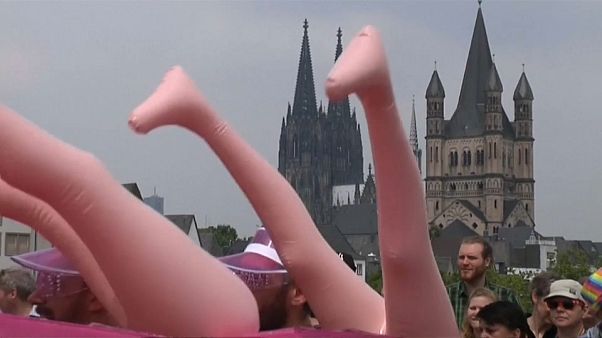 Some 30,000 participants on floats, on foot and even on micro scooters, crossed the city’s Deutz bridge over the Rhine river, dancing to different types of music.

The speaker system of an escorting police car announced “newly weds Bea and Gabi,” two women who tied the knot after Germany’s parliament voted by a wide margin to legalise same-sex marriage on June 30.