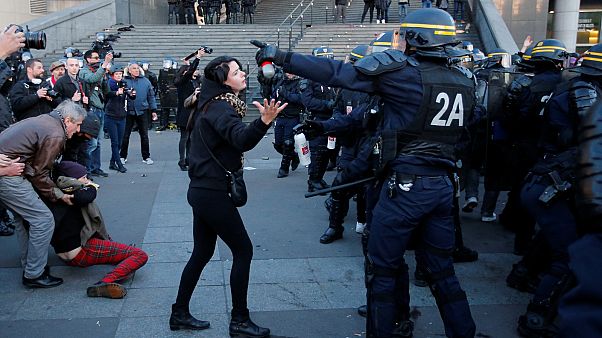 Clashes in Paris in wake of election results

Tensions were running high on Paris’ Bastille Square on Sunday night (April 23), at the end of a protest called by left wing militants. The protest started after the results of the first round in French presidential election were announced. Results showed centralist Emmanuel Macron and far right leader Marine Le Pen both qualified for the May 7 runoff. Earlier, militant protesters clashed with police, built barricades and damaged shop windows. Several people were detained.