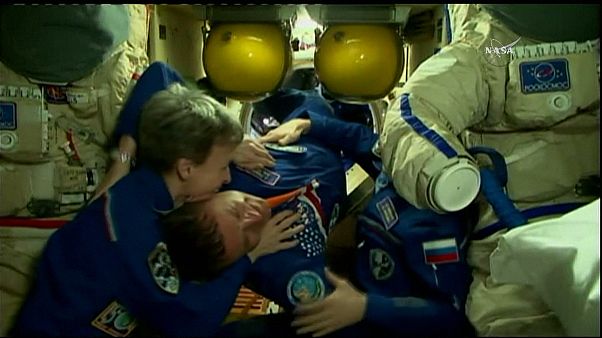 A new space crew has successfully docked at the International Space Station.

NASA astronaut Jack Fischer and his Expedition 51-52 crewmate Fyodor Yurchikhin, of the Russian space agency Roscosmos arrived on Thursday on a Soyuz spacecraft to the ISS.

After the hatch opening and warm greetings by the existing crew, the newcomers got to make phone calls home to their families.

The capsule will remain at the station for about six months, providing an escape pod for the residents.