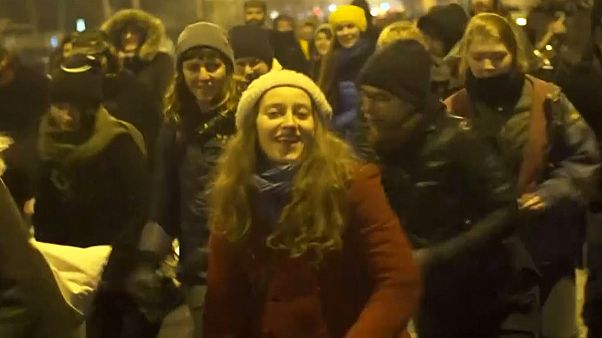 Protesters in Bucharest, Romania, took a moment to express themselves through the medium of dance as anti-government demonstrations entered their sixth day on February 5.

The dance took place as more than 600,000 protesters gathered across the country despite the government revoking a controversial decree that would have freed hundreds of officials currently jailed for corruption.

The protest, one of the biggest since the 1989 revolution, was sparked by the same decree, which showed an intent to pardon convictions of less than five years for several crimes.