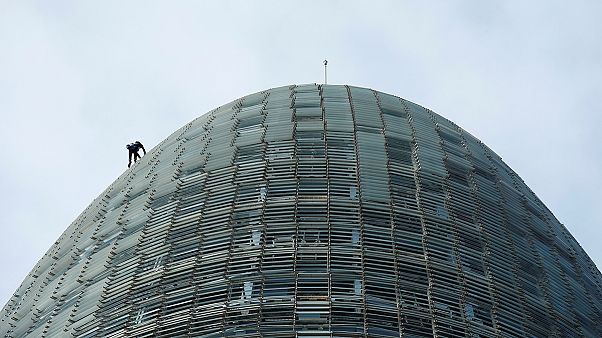 A French climber scaled one of Barcelona’s highest skyscrapers, the Torre Agbar, on Friday. Alain Robert climbed and descended the 144 metres in just one hour. He had no harness and little space for his feet on the ledges of the 38-storey tower. After his descent, Robert was taken away by police but released an hour later.