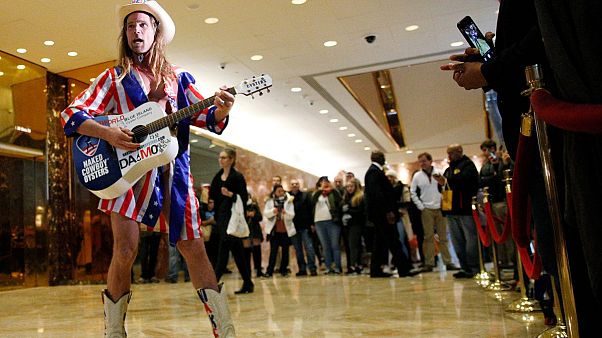 The Naked Cowboy sings 'The Trump Song' at Trump Tower

New York City street performer Robert John Burck, aka The Naked Cowboy, performed a song in the lobby of Trump Tower, transforming some of the president-elect’s campaign promises into lyrics.

“Trump’s going to build a wall, that wall is going to protect us all, sounds like a good idea to me,” he sang while strumming a guitar clad in his usual scant costume.

After the song concluded he turned his back to a crowd of onlookers and media and lifted his robe to reveal the word ‘Trump’ printed on the back of his underwear.