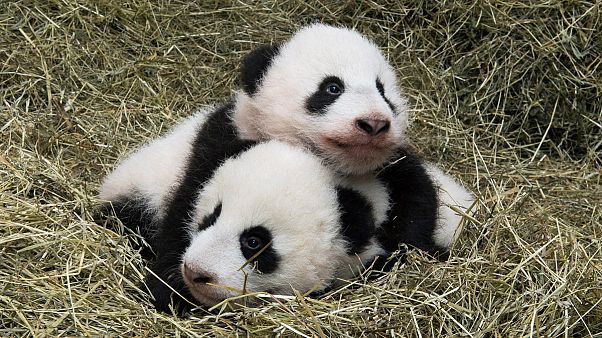 Fu Ban and Fu Feng greet the world from Vienna

The male is called Fu Ban, meaning Lucky Companion, while the female bear was named Fu Feng, or Lucky Phoenix.

Millions of Hindus gather to take 'holy dip' in the Ganges