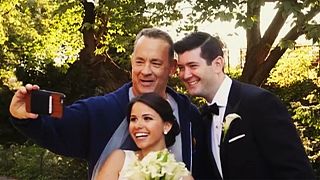 The Oscar-winning actor was jogging in the park when he saw newlyweds Elisabeth and Ryan having their photos taken.