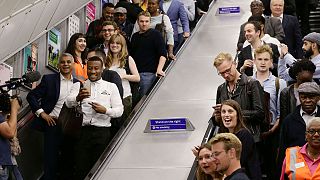 The London Underground began its first overnight service in the early hours of Saturday morning, a move city leaders hope will make the British capital a 24-hour city and bolster the local economy.

London mayor Sadiq Khan rode on the first service departing from Brixton in the south. The new service will only run on weekends and initially be available on just the popular Central and Victoria lines.

The expanded Tube service comes at a good time for London, which has been keen to reassure the world that the city is open for business and ready to welcome tourists despite Britain’s recent vote to leave the European Union.