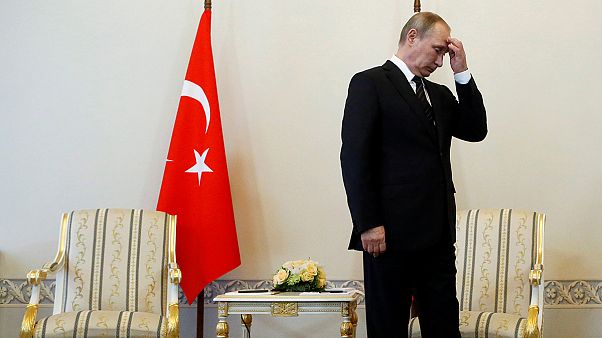 Vladimir is waiting for Tayyip

Russian President Vladimir Putin and his Turkish counterpart Tayyip Erdogan met in St.Petersburg on Tuesday (August 9) to mend ties between the two countries which were severely damaged by the downing of a Russian jet in November 2015. Erdogan’s trip to Russia comes as Turkey’s relations with Europe and the United States are strained by what Ankara sees as Western concern over the failed coup attempt, in which more than 240 people were killed.