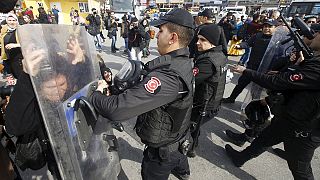 The rally, ahead of the awareness day on Tuesday, March 8, descended into violence after the women ignored a ban by the governor of Istanbul.

Throngs of women could be seen running from police, who fired rubber bullets into the crowd, reported Reuters.