Read the latest from the European Space Agency

The space hunt for gravitational waves is to start on Tuesday, December 2 from Kourou, French Guyana (Editor’s note: launch postponed until at least December 3). With the lift-off of the LISA Pathfinder mission, the European Space Agency (ESA) will pave the way for future missions by testing its gravitational wave detection in deep space.

Predicted by Albert Einstein, these waves are ripples in the curvature of space-time produced by massive celestial events.
It is thought that gravitational waves are abundant across the Universe, typically produced by powerful sources such as supernova explosions and pairs of orbiting black holes. However, despite the attempts of ground-based experiments to detect them directly, gravitational waves have so far remained elusive. 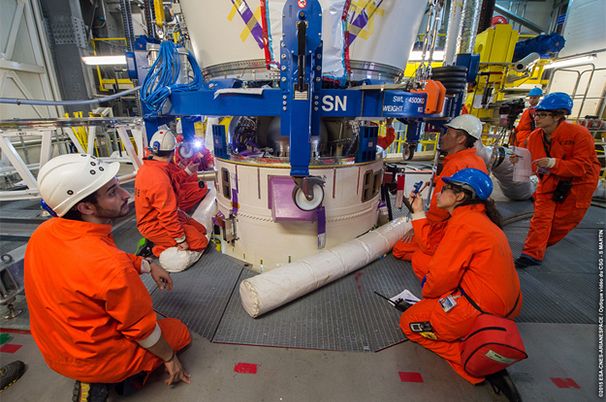 It will put two test masses in a near-perfect gravitational free-fall and control and measure their motion with unprecedented accuracy by its inertial sensors, the laser metrology system, the drag-free control system and an ultra-precise micro-propulsion system.

LISA Pathfinder will operate about 1.5 million kilometres from Earth towards the Sun, orbiting the first Sun–Earth ‘Lagrangian point’. There, it will spend six months demonstrating the technology for future gravitational-wave observatories in space. “We’ve made great progress with LISA Pathfinder in the past decade and are very excited to be so close to operating this incredible physics laboratory in space,” said Paul McNamara, ESA’s project scientist.

For live updates throughout the launch period, follow esaoperations, ESA_LPF and @ESA. The official hashtag is #LISAPathfinder.