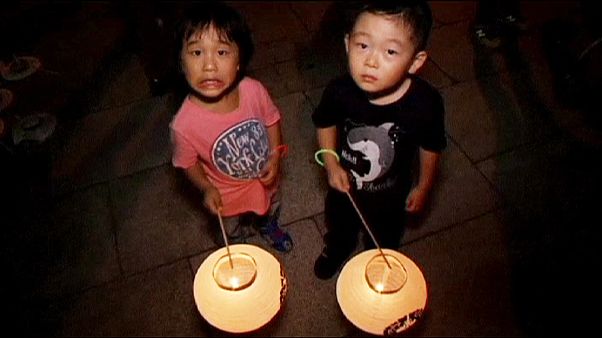 Japanese men, women and children held paper lanterns and walked around Hiroshima’s Atomic Bomb Dome as the city prepared to remember victims of the nuclear bombing 70 years ago. The walk is an annual ritual organised by a local Shinto shrine to remember victims who died in the US bombing on August 6, 1945 when the city became the first civilian target of an atomic bomb attack. 140,000 people are thought to have been killed in the attack.