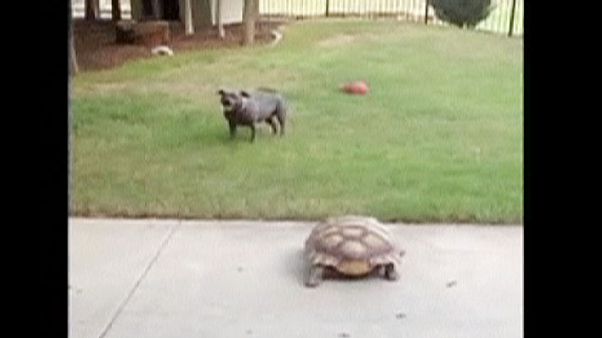 A tortoise and a dog from Texas, USA, have become online hits after a video of them playing chase went viral. In the video, Sheldon, an African spurred tortoise, is seen chasing his friend Dolly, an American pit bull terrier, around its owner’s garden. The footage was posted in February by animal rescue and veterinary body the Humane Society of North Texas. It was filmed in August 2014 by one of their vets, Dr. Cynthia Jones, who adopted the two animals.