LookLive is so simple and attractive an idea that anyone would assume it has always been there. Not so: LookLive are the first and they are going public only this week.

What is LookLive? LookLive is a website from which you can shop for almost any item of clothing you see an onscreen character wearing. The website offers the shopper the chance to choose between the original item, something similar, or, for people on a budget, something cheaper.

On the day we publish this article, the website is still in its beta version. If you want to be one of the first to try it, you can pre-register so as to get early access in a few weeks time, by leaving your e-mail address.

Until then, Christopher Archer, CEO and co-founder of LookLive showed us how it will work. Once you have seen an episode in which you liked a specific piece of clothing, simply go and find that episode on LookLive, browse the scenes and find the item. You can then add it to your closet to purchase later or, alternatively, buy it immediately from an online retailer.

You can also browse by brand, character or actor. The system can also make suggestions to you. Archer says he has ensured that LookLive’s system finds around 85% of clothing on each show. 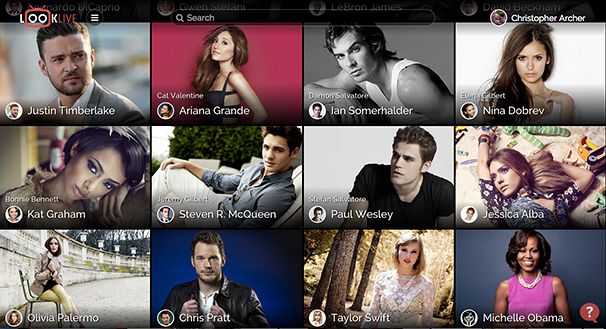 For the moment only 12 shows are available on the beta version, but the company aims to cover most of the series and popular shows in each country the website will be available in (they will launch in the USA first in about five or six weeks).

As is it today, an episode is on LookLive 24-hours after its screening. In a month or so, it should drop to 12 hours and the aim is to be live within three hours next year. “If the episode airs on the east coast, by the time it is aired on the west coast, we will be live“.

Why are you the first ones to launch such an obvious idea?

Christopher Archer: “It is an idea that has been talked about a lot, especially in the entertainment business, year after year, throughout most of my career.

“Some bloggers have been doing it somehow also. But the technology is light and the user experience is generally very poor, with just a few shopping links. It is not comprehensive. 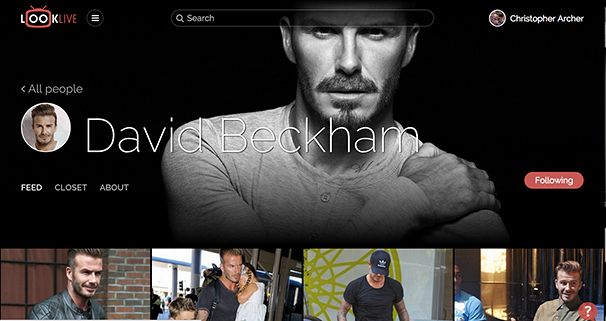 “The reason why it has not been done is that it’s both technically very difficult to do and operationally as well.

“In the TV business, each profession is a different layer, and each layer only talks to the one layer up or below them: the costume designer, the production team, then the producers, then the distributors, then the network.

“The network is in the biggest position to make the money but the costume designer is very operational and cannot enter the average of 100 products of each episode for the website on top of his job. It is not possible.

“So, the idea has been here all the time but the execution has always failed. Good intentions are not enough. And this is our biggest asset: we can deliver.”

When did you have the idea?

Christopher Archer: “About two years ago, chatting away with Gerbert Kaandorp, my best friend and now co-founder.

“We all quit our jobs and went for it. The truth is, from the consumer’s perspective, LookLive seems pretty simple. But the technology behind it is huge. Out of our 22 employees, only one-and-a-half work on the interface; all the others work on the back-end. It took time to build the system.

“This is why we took the time to build our system and this is why we wanted to be 100% independent. For a start, we didn’t want the pressure of venture capitalists of going to the market too fast. And at the same time, we wanted to be self-reliable and move at the pace we wanted. We are entirely self-financed. Our revenues come from a percentage taken on each product sold among the 35,000 shops that work with us so far. We will eventually also sell our widget to our client. We had a MIPCOM deal based on shared revenue only for early adopters of our widget, but it will change for the ones after that.” 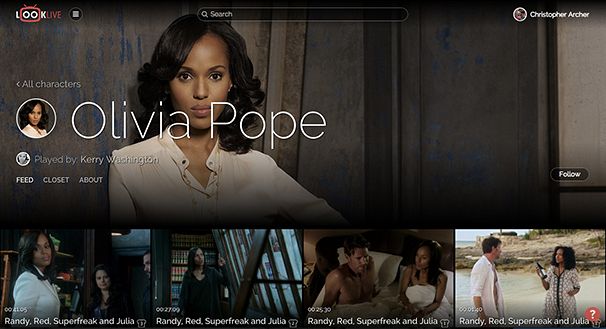 Talking about which: did the MIPCOM work well for you?

Christopher Archer: “It did. We were surprised. You chew on an idea, you work on it but you are not sure people will like it until you show it to the world.

“But people have been thrilled.

“After my session, people actually lined up and told me ‘we want this for our channel now’. We are going to travel a lot in the next few weeks to finalise these deals as no contract has been formerly signed.

“We offer channels a simple widget. It is just one line of code; there is no technology involved for them. It is all at LookLive. So it is easy for them to buy but we didn’t anticipate so many people saying yes and saying they want to start right away.”

How many people work at LookLive?

Christopher Archer: “For the moment we are 22. But there are new faces every week. To put an episode online quickly, we need more people so we are recruiting.

“Most of our staff have a masters or a degree masters or a PHD in artificial intelligence (AI).
Gerbert Kaandorp, my co-founder, did his degree about 15 years ago in AI from the University of Amsterdam. So when I convinced him to sell the shares of his very successful own company, named Business Partners Backbase with which we developed and sold websites (front and back-end) to internationally-known banks, he called all his university friends and convinced them to quit their very successful jobs and join us on LookLive.”

How does the big machinery in the back work?

Christopher Archer: “This is an interesting question because we are technology people and the biggest work on this project is the technical back-end that makes the idea possible. In our DNA, we are a technology company.

“As a technology company, we hold a strong position in technology but also in artificial intelligence. Our AI people really take the lead.

“So how does it work? People assume it is based on image recognition but that’s not working. The computer is not able to identify the limit between shoulders, for instance, and the background.

“What happens is that 80% of our closets are, on average, made up of 3 or 4 different brands. It is our clothing profile. It can evolve over time of course. Well, fictional characters are not that different from us. The costume designer usually has a few brands he uses for a character in order to perpetuate the identity of the character. And they often wear the same items of clothes several times as we do in our everyday lives.

“Then a human says “this character in that scene is wearing a dark grey cardigan”. The computers scroll the database of the characters possible clothes and brands and offers a selection to the human who can then select the right piece of clothing.

This is the process. How does it technically work?

Christopher Archer: “Our website is built on the principle of the semantic web, using Tim Berners-Lee language Sparql.
It is a beautiful language based on Javascript that allows us to work on a graph database. Not many companies are supporting that technology yet. We are one of the first ones to do so. But we are slowly getting there. It is inevitable.”

“In our DNA, we are a technology company”

“Almost all websites are now using relation database and SQL. To explain this simply: a relation database is how Excel works. Data are in cells in different tables and in order to make the connection between the information you actually have to make the relation, to write quite an amount of code.

“Graph databases work a little bit like a child’s memory of food. That food prompts all sorts of memories linked to it. So instead of mapping cells together, you connect information by definitions. You just have to ask the question to link information together in graph databases.” 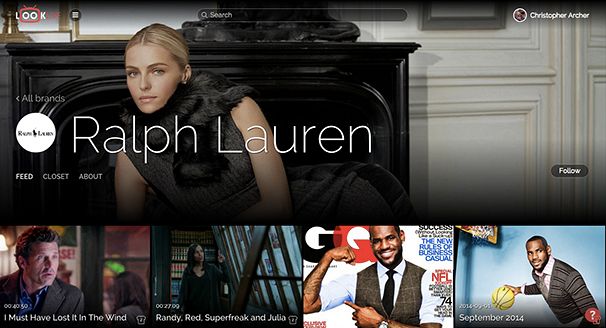 “We have been very lucky too. Sparql had been in its 0.9 version for years. That version made it easy to read a graph database but writing was still very difficult. Then Tim Berners-Lee released Sparql 1.0 on March 2013. It was a big evolution of the language which enabled us to basically do what we had in mind and make LookLive come to life.”

What are LookLive next steps?

Christopher Archer: “Our future developments are more series. Technically we could do all series and shows but we don’t have enough people to follow up for the moment. The costs for adding series are very low so it is just a matter of scaling. We can add them quickly.

“Speed is another milestone as I said earlier. We want to be able to offer an episode 3 hours after it aired by next year.

“But the next big development will be to internationalise. Most of the contacts we have had at MIPCOM came from Asia. We should launch in about five or six weeks in the United-States because you have to start somewhere and it brings a focus.

“All our models can work anywhere in the world, so now it is just a matter of contracts and finding people for these new countries. 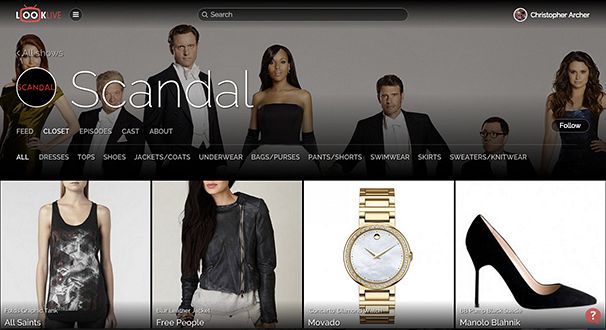