Past and present greats of the football world were for once in awe of a bigger star than themselves when Pope Francis welcomed them to the Vatican.

The occasion – a special interfaith charity match to promote peace, organised by the pope.

Of course there was one who competed for the limelight – Argentina’s Diego Maradona presented the Vatican’s number-one football fan with his own shirt.

Monday night’s match was a ‘Who’s Who’ of football. It was based on a suggestion by Francis and included players of all faiths.

The proceeds will go to Scholas, a project that aims to connect schools and educational networks from different cultures and beliefs from around the world.

The pope’s team lost six goals to three but the evening appeared to be an all round success. 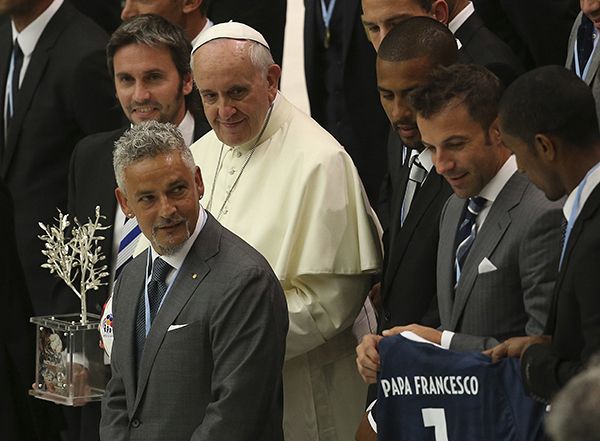