The latest grim news about the Earth’s resources is that we are using them up faster and faster every year, and that is creating bigger and bigger economic inequalities between countries.

Global Footprint Network, the environmental think-tank that monitors mankind’s impact on the planet, working with the World Wide Fund for Nature, said we are running out of irreplaceable reserves.

Christophe Roturier, Scientific Director with WWF France, told euronews: “From this day we’re using more than the planet can replenish. I’m talking about the earth’s natural resources: water, arable land, forests, fish stocks, all that is essential for life. But also what the earth can absorb, I am talking about all the things we throw away, and also the CO2, only a certain amount of which can be absorbed by the forests and by the oceans. So from this day we are running an ecological deficit, and we are beginning to build up levels of waste that can’t be absorbed by the planet.”

Earth Overshoot Day marks the date in the year when our footprint exceeds what Earth can regenerate. That day is today. #oShoot

He says we need to consume more wisely and waste less for the sake of future generations.

The world is getting through the resources of more than one and a half Earths each year.

Earth Overshoot Day is coming round earlier each year- at the turn of this century it was in early October compared with 19 August this year.

Eighty six percent of the world is living in ecological debt. Just 14 percent of the planet’s inhabitants in countries like Brazil, Russia, Canada, Australia and Finland that use less than what their national ecosystems can renew within the year.

Its #EarthOvershootDay, our demand surpassed what the planet can replenish this year #oShoothttp://t.co/UVWN1TSEFRpic.twitter.com/5XF5hw1cJK 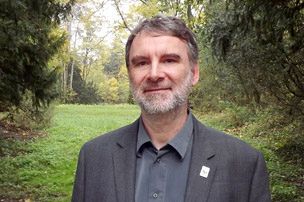