Guinea has announced the closure of its borders with Sierra Leone and Liberia on Saturday in a bid to halt the spread of the Ebola virus.

The move comes as the World Health Organistion said a co-ordinated international response can stop the Ebola outbreak from spreading.

“President Jonathan urges that the movement of corpses from one community to the other, and from overseas into the country should be stopped forthwith. Every death should be reported to the relevant authorities and special precautions should be taken in handling corpses,” said Reuben Abati, Spokesperson for the Nigerian President.

Nigeria became the fourth West African country involved in the outbreak along with Liberia, Sierra Leone and Guinea. 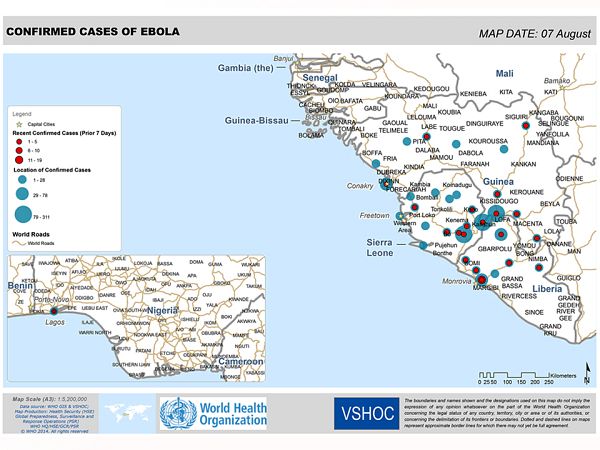 The World Heath Organisation has said over 950 people have died from the deadly virus.

Meanwhile, developers of an experimental miracle serum in California are hopeful it can defeat Ebola.

Ebola has no proven cures and there is no vaccine available to prevent a person from contracting it.

Treatment involves alleviating symptoms such as fever, vomiting and diarrhea.