“The Israel Defence Forces must be ready to go all the way,” Israeli Prime Minister Benjamin Netanyahu was quoted as saying on Tuesday.

Shortly afterwards at least four Palestinians were reportedly killed in an Israeli assault on Gaza.

Earlier in the morning, Israeli forces launched a series of up to 50 aerial and naval strikes on the Hamas-ruled territory – part of its ‘Operation Protective Edge’ offensive.

Hamas activists are believed to have launched a number of rockets into Israel on Monday.

Sami Abu Zuhri, a spokesman for the Islamist militant group issued this warning:

“We warned Israel against continuing the escalation and targeting civilian institutions and homes. This is a red line we will not allow the occupation to cross.”

A surge in rocket attacks from the Gaza Strip saw 1500 Israeli reservists called up.

Israeli authorities have suggested the operation may be a long-term offensive. 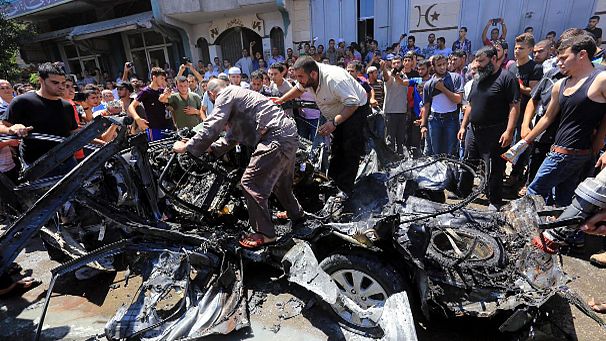