International authorities are closely involved in the outbreak of the ebola virus in Guinea, West Africa, which was officially announced on February 9th. It has been identified in remote areas and in the capital, as well as across the border.

Dr. Keiji Fukuda of the World Health Organisation said it expects to be engaged in the region for months. 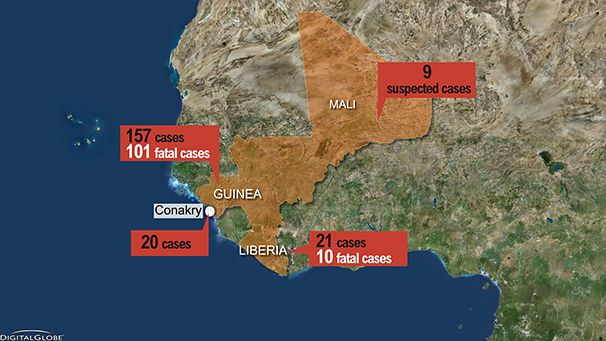 Of 157 cases in Guinea, 101 people have died from the virus. It began in the south and moved up to the capital, a port city, where there have been around 20 cases — in neighbouring Liberia, around the same, with ten deaths. It is suspected that nine patients in Mali have the virus.

Identified in 1976 in former Zaire, now the Democratic Republic of Congo, ebola then claimed 280 lives.

Death tolls in the past have been higher than in Guinea so far, such as in the Democratic Republic of Congo in 2001 and Uganda the year before.

Researchers have been studying ebola for decades.

Fear and rumour add to the hygiene difficulties. Health workers in a city in southeast Guinea were attacked by angry people accusing them of bringing in ebola.

Epidemiologist Michel Van Herp, in Guinea with the medical charity Médecins Sans Frontières (MSF) said: “We are facing the most aggressive strain of ebola, the Zaire strain. It kills more than nine out of 10 people infected. There’s no cure, no medicine that kills this specific virus.” 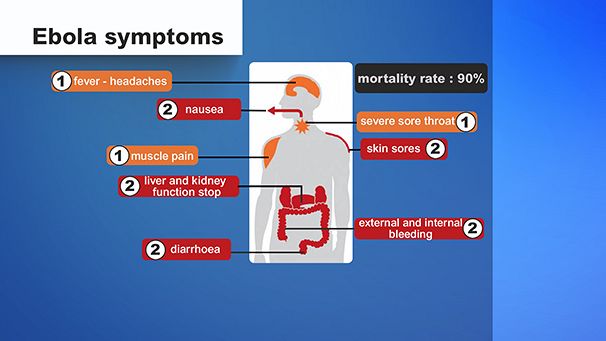 MSF describes ebola as one of the world’s deadliest diseases.

A person can carry the virus and not know it, and pass it on through direct contact with blood, mucus and other bodily fluids, such as during sex. The natural host of this virus is thought to be essentially fruit-eating bats and other animals.

Health officials have told people not to eat meat from wild animals — bush meat. Fruit bats carrying diseases that kill humans and domestic animals may not themselves show any signs of infection.