Relatives of people on the missing Malaysia Airlines plane were forcibly removed from a press conference in Kuala Lumpur on Wednesday.

They were understood to have approached journalists asking for any new information and were going to stage a protest against the Malaysian authorities.

They were dragged away and the media were banned from speaking to them.

At the press conference, Malaysia’s transport minister Hishammuddin Hussein said he had received some new information:

“I can confirm that we have received some radar data but we are not at liberty to release information from other countries. I appeal to all our partners to continue volunteering any and all information that could help us with the investigation,” he said.

He also gave an update on the flight simulator found at the pilot’s house saying they had discovered data on it had been deleted and were working to retrieve it.

He went on to discount a possible sighting of the jet in the Maldives as untrue.

It was also announced that a team from Malaysia would be sent to Beijing to give regular briefings to families of those on board.

Earlier on Wednesday, Thai authorities said their radar had picked up a plane around the same time the jet disappeared but said they hadn’t mentioned it before because Malaysia hadn’t asked.

Aviation authorities say this new information could have helped them narrow down their search earlier.

It’s now 11 days since Flight 370, with 239 people on board went missing on it’s journey from Kuala Lumpur to Beijing. 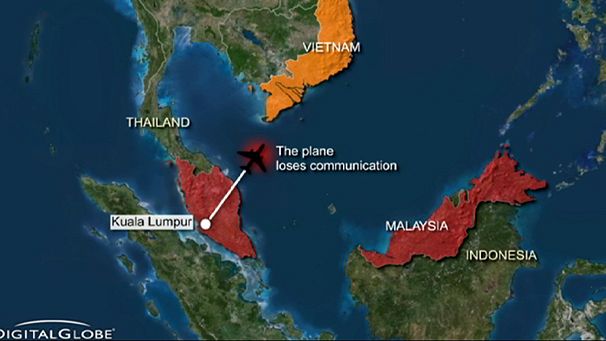