British police probing the disappearance of Madeleine McCann have a new lead.

Madeleine, then aged three, went missing from her bedroom in 2007 at the Praia da Luz holiday resort in the Algarve while her parents were dining at a nearby restaurant.

Detectives are looking for an intruder who sexually abused five young girls in their beds between 2004 and 2010.

The attacks happened in holiday villas in the Algarve where UK families were staying.

Witnesses describe the man as having tanned skin with short dark unkempt hair. He spoke in English with a foreign accent, his voice was described as slow, or possibly slurred.

He was sometimes bare chested, some describe him as having a pot belly, and three victims said that he had a noticeable odour.

On two occasions in Vale de Parra and Praia da Gale he was wearing a distinctive burgundy long sleeve top, on one of those occasions it was described as having a white circle on the back.

Detective Inspector Andy Redwood, the senior investigating officer, is appealing for information about the man they’re looking for:

“If you have been a victim of a similar crime please come forward even if you reported the incident to police in Portugal, or anywhere else, please do not assume we have been made aware of it,” said Roberts.

“While some of these offences have been in the public domain before, following our appeal in October three more were reported to us as a direct result of that appeal. One of those reports we believe is the first in the potential series,” Redwood added. 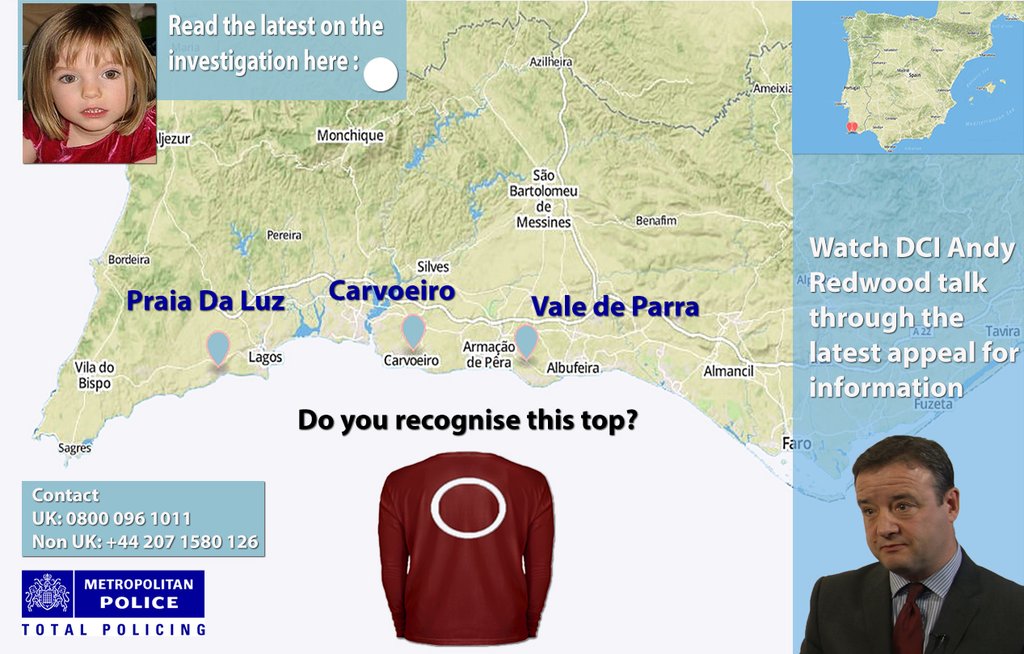