Tuesday was a very busy day in Ukrainian politics.

Early in the day morning, the Prime Minister Mykola Azarov, offered his resignation.

By the afternoon the President had accepted it, meaning the automatic resignation of the entire government. 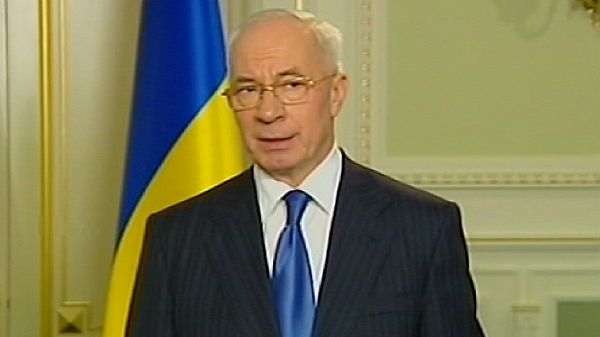 “Decisions taken by the Rada (parliament) today, together with my decision, create enough space for a compromise. I’d like to address the people of our country by saying that, for me, preserving the unity and integrity of the country and ensuring its successful development is the most important objective. Ambitions are secondary.” said Azarov

Then, a vote to abolish controversial anti-protest laws which had sparked violent riots across the country.

Even the ruling Party of Regions MPs, allowed a free vote, were in favour of scrapping them.

Not everyone has been happy however. Pro-government activists held a demonstration outside parliament, angered that the president had been forced into a corner.

One supporter said: “Our president, he just has no choice. He has been put in a such position where he can only either concede or put Ukraine on the brink of war. An order to enforce state of emergency is ready for signing already, it just needs the president’s signature.”

A debate and vote on an amnesty law, which would free detained protesters, was scheduled for Tuesday afternoon but was postponed until Wednesday.