The design for the new 10 euro banknote has been shown to the public for the first time. It is due to be distributed later this year.

The European Central Bank (ECB) says it is more resistant to counterfeiting and its new layout will give it a stronger “visual impact”.

The note – which will enter circulation on Tuesday, September 23 – carries a portrait of Europa, a figure from Greek mythology.

Europa also features on the new five euro note, that was unveiled in May 2013.

You can view the new banknote in more detail here.

Yves Mersch, a member of the executive board of the ECB, explained the need for the change. He said it was a “chance to highlight the importance of maintaining people’s trust in the euro. One of the main reasons for introducing a new series of notes is to ensure that everyone who uses them can continue to do so with complete confidence. That’s why we have drawn on a number of new technologies to modernise the security features, making the notes even more resistant to counterfeiting.”

The ECB says both the new €5 and €10 banknotes have a protective coating, making them more durable. This, it is hoped, means the banknotes will need to be replaced less frequently.

The bank says it wil move on to upgrading other euro banknotes in ascending order. 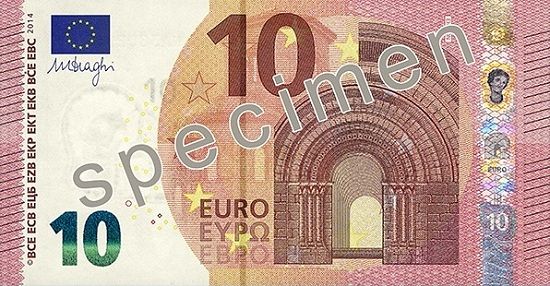 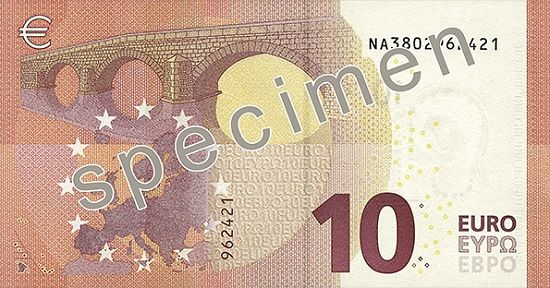