We are right in the middle of a new kind of space race, one in which the heavens above our heads have become a stage for all kinds of exploits, both scientific, political and personal. You only have to cast your eyes back over the past week, let alone the past year, to see evidence of this fascinating competition.

For starters the Iranians sent a monkey into space, for the second time.

The Chinese made a soft landing on the Moon and sent back pictures of their rover making tracks in the lunar dust. Then ESA launched the Gaia satellite into space using the Russian workhorse Soyuz rocket. All that in just seven days. The race to space is well underway, and everyone fancies having a go.

The privateers are here

The have-a-go heroes of the space world earned themselves some serious credibility in 2013. These private space companies have cracked open the market for launchers, at least in the US, and their rockets, which once seemed pie-in-the-sky ideas, are now actually up there, in the sky.

In January 2014 for example, Orbital Sciences one of the two commercial space companies working with NASA will send its Cygnus spacecraft, atop its Antares rocket, up to the ISS on a resupply mission. SpaceX , the other commercial company, has now completed two of its scheduled 12 trips to the International Space Station under a deal with NASA. This is a major shift in the space business, and one that’s set to continue, at least in certain sectors of the market.

Emerging powers head for the stars

Some commentators see a race within the space race emerging, as India and China battle it out for political prestige. These two have actually been slugging it out since the old days of the Cold War – the Chinese launched a Soviet-built rocket called Base 20 in 1958, and the Indians lit the touch paper on the American-built Nike Apache rocket in 1963.

In 2013, it got serious. The Indians upped the ante by sending the Mars Orbiter mission to the red planet ,it should arrive in 2014, and the Chinese raised their flag on the Moon. Look further ahead and by 2017 the first Indian should fly to space, and China will send a robot to the Moon, and back again to Earth. By early next decade both countries are predicting that they’ll have men on the lunar surface. 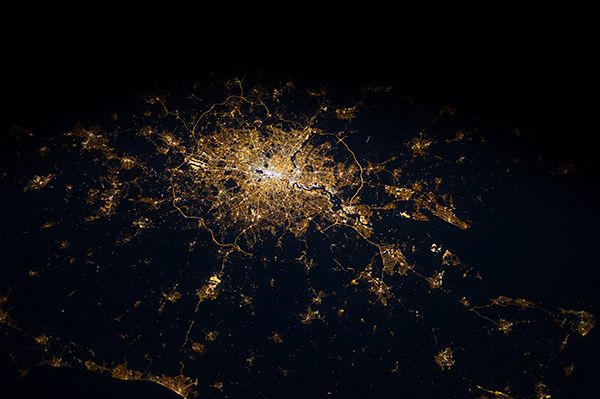 In science terms we’re in a space race to keep up with the avalanche of data, as the established agencies in the US and Europe made some profound steps in uncovering more about our universe, and promise more in 2014. The highlight of 2013 for many was the new all-sky map from ESA’s Planck mission which showed the first light of the universe in unprecedented detail. Largely speaking the results supported the leading theories of cosmology, but there were some anomalies that made the widely-publicised map even more intriguing to look at

In 2013 Peter Higgs and Francois Englert won the Nobel Prize for Physics, a well-received award of recognition for two brilliant minds. Englert shared his thoughts on life the universe and everything with us on Euronews.

We’ve already mentioned Gaia, a satellite that will spend the next five years taking galactic ‘selfies’ with a super-sensitive camera, allowing astronomers to build a 3D map of the Milky Way of the like never seen before . The mission should have a broad scientific impact, as it will not only track the position, movement and brightness of stars, but also pick up near Earth objects like asteroids and even, fingers crossed, help astronomers work out how much dark matter there is in our galaxy.

NASA’s Kepler mission , another milestone in science, continued to blow the minds of exoplanet hunting scientists with the dazzling array of data it has generated. The team believe there are 11 billion Earth-sized planets orbiting in the habitable zones of Sun-like stars. So that definitely multiplies the chances of there being little green men out there somewhere. Given that the first confirmed exoplanet (a planet orbiting a star other than our Sun) was only discovered in 1992, this branch of science has been racing ahead this year.

The other major field of progress in 2013 was in Earth-observation. ESA’s Swarm mission sped up into space in November on a journey to measure our magnetic field, while the Agency’s GOCE satellite rather fittingly succumbed to the tug of the Earth and burnt up in the atmosphere after a fruitful few years of observing the gravity field .

Meanwhile there has been an unofficial but very public ‘space race’ between astronauts as they jostle to be the most followed and re-tweeted human in zero gravity. Top of the pops is obviously Chris Hadfield, the world’s best known spaceman, who sang himself to the top of the headlines and fed us a constant stream of spell-binding photos of our planet before he came back to Earth and retired.

But Europe’s spacepeople certainly gave Hadfield a run for his money later in 2013, in particular ESA astronaut Luca Parmitano. He spent six months of 2013 in orbit and sent back some truly lovely photos of the planet, but his headline-topping moment came when his helmet started to fill with water during a spacewalk, a terrifying situation that the super-cool Italian seemed to cope with admirably well. We spoke to him before the flight in a feature about living in space .

In 2014 Europe will send two more people up to the ISS: Samantha Cristoforetti from Italy and Alexander Gerst from Germany. Both are avid Tweeters with a lively online presence and a talent for sharing and explaining the real details of their space training with the rest of us mere mortals.

A special mention in the publicity space race section should go Gravity, which clearly won the ‘best film made in a studio that looks like it was actually filmed in space’ category. The long, free-floating zooms and pans of the opening shot are worth the ticket price alone, in our opinion.

Finally another first of 2013 that made the joys of feeling like an astronaut available to the public at a pretty reasonable price was the launch of ‘weightless discovery flights’ by Novespace .

The French firm will take you on a parabolic flight for the price of a second-hand car, allowing you to experience zero-g, and be able to claim that you’ve spent several minutes orbiting the Earth, albeit within our atmosphere. It’s an extraordinary feeling that’s normally the domain of an elite breed of scientists and researchers. If you have a six-grand windfall in 2014 then that could be a rather unique way to spend it.