Northern Germany is bracing itself for possibly one of its heaviest storms in the past decade.

Hurricane Xaver is fast approaching bringing with it snow and floods.

Winds of up to 180 kilometres per hour are forecast causing air and road transport chaos.

The storm flood is expected to hit Bremen and Hamburg early on Friday.

The region was hit by storm “Christian” in October, which killed eight people. However Xaver is expected to be more vigorous.

Deutsche Bahn, Germany’s national railway, is advising travelers in the states of Schleswig-Holstein, northern Lower-Saxony, Hamburg and Bremen to cancel their plans if possible.

The company stated that it was preparing for possible disruptions to services or closures in those regions.

At the same time, airports are also warning of possible delays or cancellations of flights because of the inclement weather. 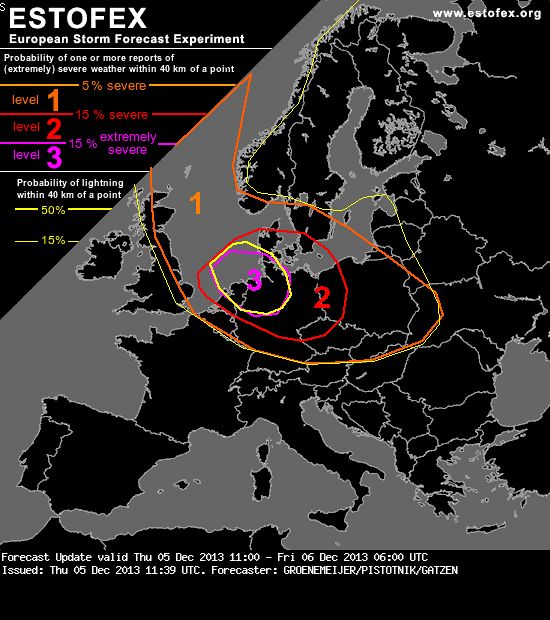 A truck driver was killed in West Lothian, Edinburgh, when his truck overturned and struck other vehicles as Scotland faces heavy storms and severe gale force winds on Thursday.