European car buyers took a holiday in August. The number of vehicles sold down by five percent.

Once again Britain provided the region’s only good news, posting strong growth of over 10 percent.

Even as car company bosses spoke tentatively of the sales slump bottoming out, this is set to be the sixth straight year of declines.

Between January and August, demand was down by 5.2 percent, the lowest level for that period in two decades.

A total of 7.84 million new vehicles had been sold up to the start of this month.

France’s PSA Peugeot Citroen led the fall, with an 18 percent drop in registrations in the region.

That eroded its market share to 11 percent for the first eight months, down almost a percentage point from the same period last year. 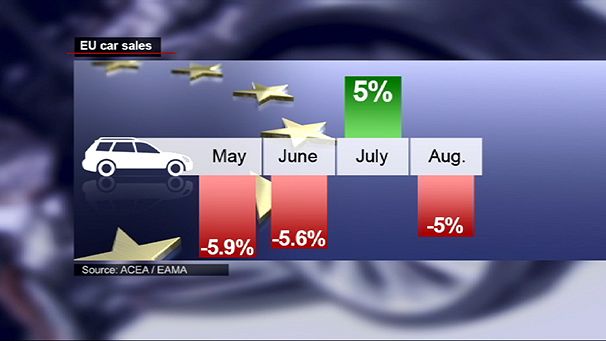