The Wales international was officially unveiled at the Santiago Bernabeu on Monday and was later joined on stage by his family.

The 24-year-old joined Real from Tottenham Hotspur for a reported 100 million euros – a sum that eclipses the 94 million euros Real paid Manchester United for Cristano Ronaldo in 2009.

Bale said: “I’ve always loved the white of Real Madrid. It’s — I’ve been following them all my life, I loved foreign football, especially Spanish football. And yeah, I think I had the shirt when I was nine, 10, 11-years-old and I followed them till now and yeah, it’s an absolute dream come true to be here and I can’t wait to pull on the white strip”.

Some 20-thousand fans gave the club’s new aquisition a very warm welcome to Spain and the Santiago Bernabeu.

After the presentation Bale – who penned a six-year deal – donned his new kit for the first time and thrilled the supporters by showing off his skills on the pitch.

With his name being chanted around the stands the latest in a long line of “galacticos” then showed to everyone present where his loyalties now lie – a kiss of the clubs badge on his new shirt. 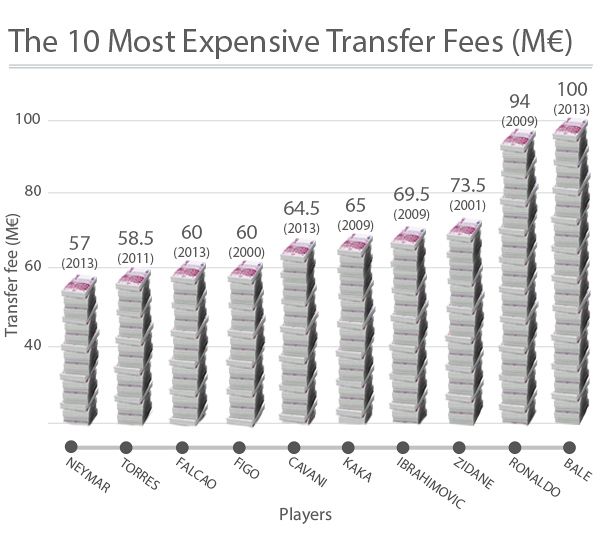