A court in Hungary has sentenced three men to life in prison and another for 13 years for killing six Roma people, including a child.

The attacks on Roma families took place in 2008 and 2009 and caused panic among the Roma community.

The judge handed down life sentences without possibility of parole to Arpad Kiss, Istvan Kiss and Zsolt Peto. A fourth, Istvan Csontos, received 13 years without parole. He was the only defendant to cooperate with police.

One particular attack shocked the nation. Robert Csorba, a 29-year-old Roma man and his four-year-old son fled a house set on fire by the gang, but were gunned down.

Renata Jakab, the child’s mother and widow of the man killed spoke to euronews.

“First I felt relief that the verdict has finally come, and it is a little easier… I am satisfied with the judgement, but the fact is that no verdict can bring back my son and my husband. The pain remains.”

In 2009, the funeral of the Csorbas was seen as an opportunity to forge links between Roma and other Hungarians but little changed.

The verdict has opened up a wider debate on the treatment of the Roma community. but it may take some time for a real shift in attitudes towards them.

Inside the courtroom before the verdict
Image: Gergő Tóth 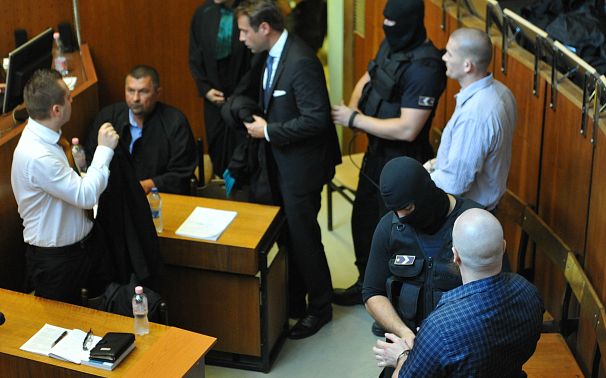 Lights, flags... but no bong: Britain marks Brexit on January 31