They’re 15-24-year-old Europeans increasingly seen as a new ‘lost generation’. EU leaders meeting in Berlin have been discussing what sort of a lifeline to throw them. The unemployment rate for them is double or triple any their older brothers and sisters knew. In today’s economic climate, they are among the most seriously-affected parts of the population in Europe, and the trend has continued to worsen since 2008.

Europe’s jobless total is 26.5 million people, which is 11 percent of the population, compared with 7.5 percent for the United States and 4.1 percent in Japan. Within the EU’s total, the contrasts are stark between some members, Germany and Austria with less than 6 percent, while Spain and Greece are above 25 percent. The contrast is even sharper looking at the figures for the young. More than 5 million of them have no work, overall 23.5 percent, while in Greece and Spain more than half of them are unemployed.

It is urgent to respond to this, leaders at a summit in Brussels reconfirmed last week, deciding at Germany and France’s initiative to deploy measures like President Hollande proposed when he was running for office last year.

The plan is to give loans to help, as a priority, regions where the young work pool is worst affected. Also under consideration is to guarantee young people inactive for at least four months a job offer, training programme or internship.

The goal is to not let them stop trying. This is with the consequences in mind for society at large and for the individual, especially those not in work for a long time. That’s particularly the case for young people with no qualifications. Inactivity can affect their working life in the long term while hampering personal development immediately, potentially leading to despair or violence.

There is, however, a positive undercurrent, in Spain for example, where young people have returned to the classroom in many cases, such as those who left school tempted by work in the former construction boom. They’re studying again, and the school dropout rate has fallen by two points in a year.

One returnee student said: “You think it’s not necessary to study, because you’re 17 and earning 900 euros a month and you think it’s a big deal.”

A pan-European decision has been taken to add 6 billion euros to existing funding to ease youth unemployment, starting next year – but how that will be used is still under debate. 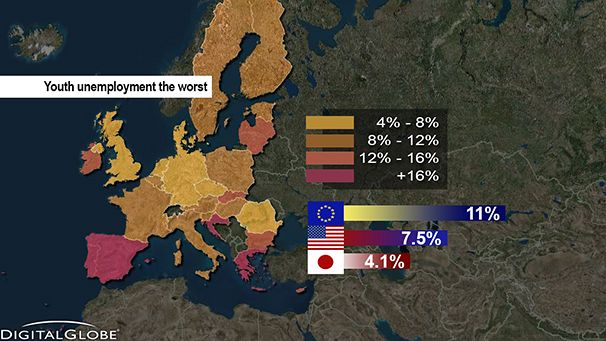 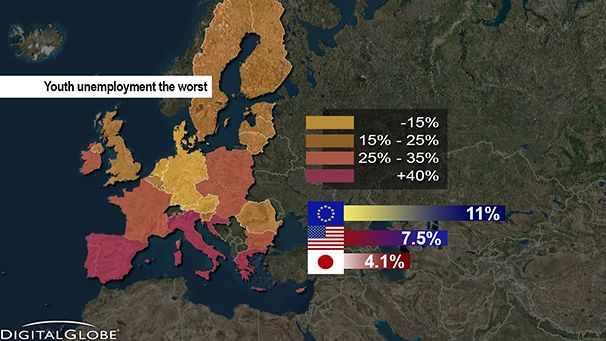