Three activists from the feminist group Femen have been arrested after baring their breasts in Tunis in what the group described as its “first topless protest in an Islamic state.”

The women — one German and two French — were detained after taking off their coats outside the Ministry of Justice on May 29, revealing their naked chests scrawled with “Breasts Feed” and “Revolution” and holding signs saying “F**k your morals!” alongside the Femen logo.

They said their action was in support of a 19-year-old Tunisian woman, Amina Tyler, who posted topless pictures of herself online as a form of protest. 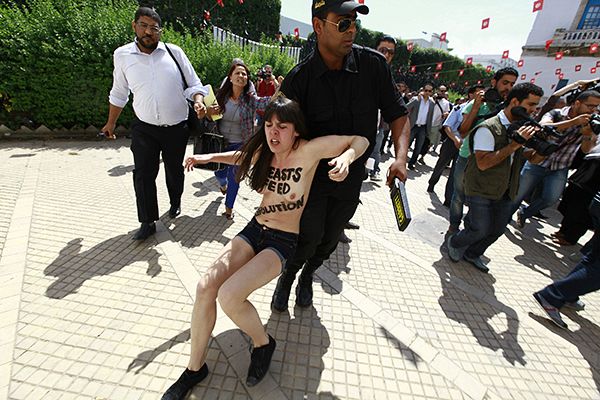 Tyler was protesting against hard-line Islamists earlier this month and is currently awaiting trial.

The Femen activists’ May 29 action quickly drew an anrgy crowd of apparently conservative Muslims, who scuffled with police as officers led the women away. 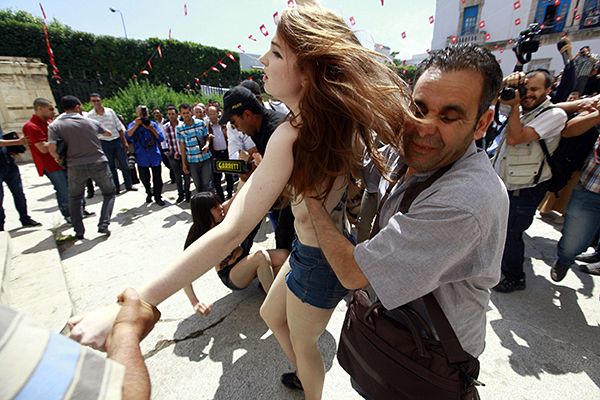 The Ukraine-founded group has held topless protests in Europe since 2010 to call attention to a wide range of issues. 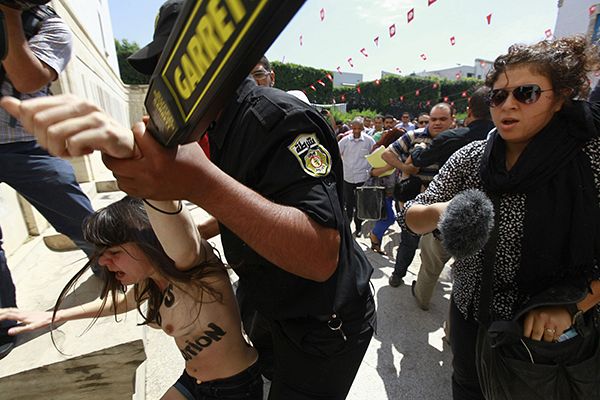