Amanda Berry, one of the three Cleveland women held captive for ten years, has returned to her sister’s home. The six year old girl born to Berry while she was being held is also believed to be at the house.

An emotional Jessica Dunn thanked the public and media for their support, but appealed for privacy so her sister and niece could have “time to recover”.

Since the escape on Monday, which saw two other missing women found, police have been questioning three brothers – Ariel Castro, 52, Onil Castro, 50, and Pedro Castro, 54. All three are being held on suspicion of rape and kidnapping.

Ariel Castro is the owner of the house where Berry, Michelle Knight, 32, and Gina DeJesus, 23, were found.

The FBI says several hundred items have been removed from the property – including ropes and chains.

Cleveland police are denying reports that they never investigated when neighbours contacted them about strange goings-on at the house. 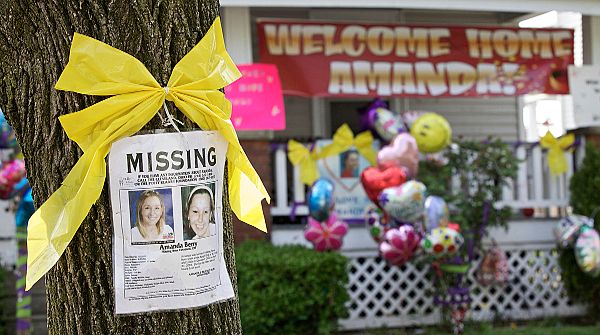