The suspect in the Boston marathon bombing is in police custody.

Dzharkhov Tsarnaev, 19, is said to be bleeding and in a serious condition. He has been taken to Massachussets General Hospital.

Police converged on a property said to be on Franklin Street in the Watertown suburb of Boston.

Tsarnaev had reportedly been hiding in a boat in a garden at the property. It is believed a helicopter using thermal imaging was used to check the boat.

On news that Tsarnaev had been captured alive, residents in Watertown who had been stuck indoors all day for security reasons, came out onto the streets and cheered.

The captured suspect’s brother, Tamerlan Tsarnaev, 26, was killed during a shootout with police last night.

Police are also questioning two men and one woman in connection with Monday’s bombing at the Boston marathon, during which three people died and around 170 people were wounded.

The profile page of the surviving suspect on VKontakte, a Russian language social network similar to Facebook, is being widely circulated on the internet.

The FBI released pictures of the two potential bombing suspects on Thursday evening. The man police are now looking for is the one seen in those video screen grabs wearing a white cap (pictures below).

The other suspect in those images was the man killed during the pursuit, police said. A hospital doctor said he had died from multiple gunshot wounds and possible blast wounds.

It follows an earlier incident at the campus of the Massachusetts Institute of Technology. A campus police officer was shot dead after an alleged car-jacking and a police chase ensued.

The car was pursued to the Boston suburb of Watertown, where explosives were thrown from the vehicle at police and there was an exchange of gunfire.

“During the exchange of the gunfire, we believe that one of the suspects was struck and ultimately taken into custody. A second suspect was able to flee from that car and there is an active search going on at this point in time,” Colonel Timothy Alben, superintendent of the Massachusetts State Police, told a news conference.

Residents of Watertown have been told to stay indoors while police carry out a house-to-house search. All roads in and out of the area have been closed. All local bus and subway services have been suspended. 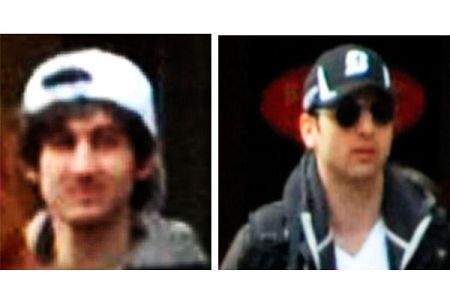 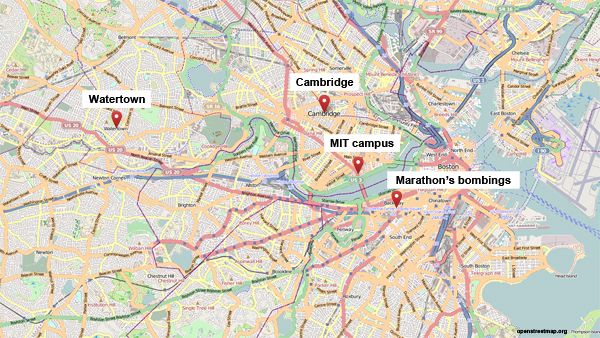