Many analysts around the world have said they think Kim Jong-un is running a look-who’s-boss exercise, to make fellow North Koreans and foreign capitals take him seriously, as he follows in the footsteps of his warrior father, and threatens to rain fire on his enemies.

As history has proven, ignoring or making fun of men in command of armies carries terrible risks, and so no one wants to make hasty judgements with Kim.

Pyongyang has said it is in a state of war with South Korea; but that state dates from the Korean war in the 1950s. Technically, the conflict never ended; there is still no peace treaty. Then, in the 1970s the North started developing missiles, to supplement its more than one million-man army.

It has an arsenal now, including medium-to-long range weapons: the Nodong, the Taepodongs and the Musudan. The farthest-reaching could strike Alaska, 6,000 kilometres away, according to experts. And US bases in the Pacific Ocean, such as Okinawa, are also potentially at risk. The reliability and extent of this arsenal raises ominous questions.

Some of Pyongyang’s weaponry does not seem to have been tested. Some of it has, and it was a failure, like the Taepodong II. But in numbers, of varying range, North Korea is thought to have at least 1,000 war missiles. 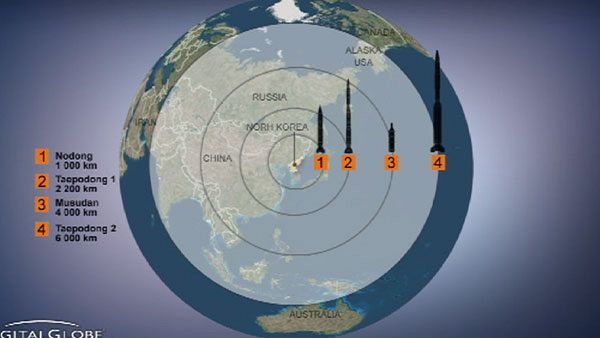 Its nuclear capacity is still more enigmatic. Kim has announced that a key uranium enrichment site closed in 2007 is getting back into production. There are at least two other plants which might serve the same purpose, but outside North Korea’s high command no one really knows what they are for.

The most recent missile test on 12 February, the third since 2006, gave foreign experts a sort of heart attack, because it showed that Pyongyang had a miniaturised device that made a nuclear warhead a realistic prospect. 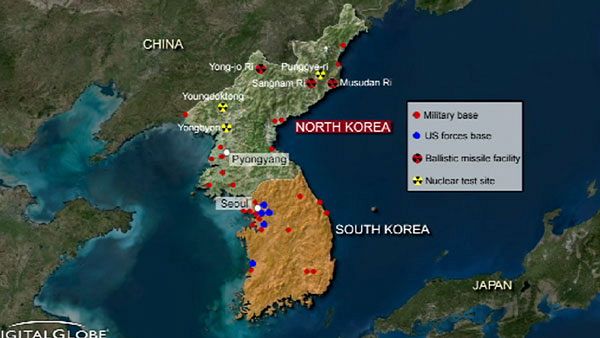 Now strategic thinkers are scratching their heads wondering if this technology has become second nature to the North Koreans now. Can they choose between heavier uranium and lighter plutonium – which can fit into smaller weapons and allow a longer range – and deliver atomic explosions across greater distances?

Kim and his team continue to keep the world’s military intelligence chiefs guessing. We know North Korea loves its propaganda; we are not sure it’s bluffing when it says it can unleash Armageddon.