The highly anticipated third season of Game of Thrones starts on Sunday, March 31.

As fans all around the world struggle to contain their excitement, the HBO series, now broadcast in more than 70 countries and the most pirated in the world, has turned into a worldwide success.

Euronews counts amidst its ranks a few fans of the show and the books. So we asked ourselves: if Westeros and Essos, the continents of the world of George R. R. Martin’s epic fantasy saga “A Song of Ice and Fire”, were in set in Europe, to which kingdoms, islands and cities of Westeros and Essos would the countries and places in Europe correspond?

Despite having said that his saga is inspired by the War of the Roses, Martin’s world is far too colourful and its history too tumultuous to be a perfect fit. But here are our answers. We tried to answer not in a strictly geographical sense, although we tried to keep it coherent, but also depending on the characteristics and history of each place.

Warning: the article contains spoilers for those who haven’t watched the two seasons of HBO’s Game of Thrones or read the two first books of the saga, A Game of Thrones and A Clash of Kings. 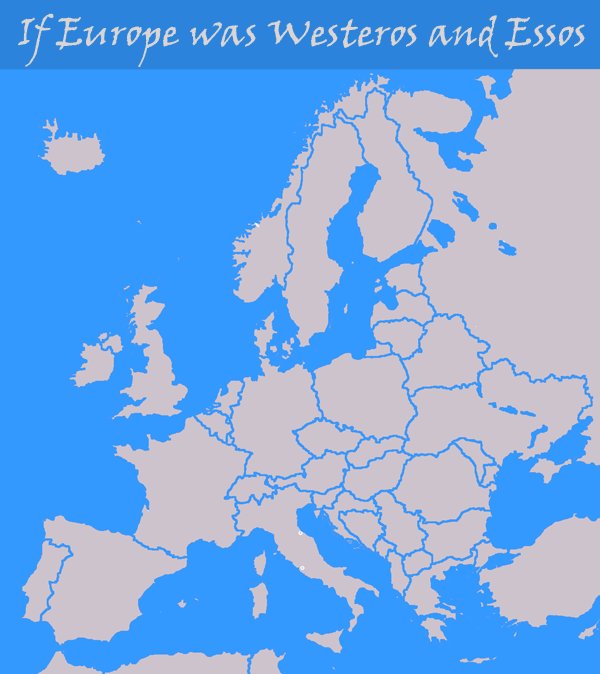 Northern Scandinavia: The lands beyond the wall would be Northern Scandinavia. Its frozen landscapes as far as the eye can see are populated by fur-clad wildlings (or as they call themselves, Free folk). These fearless warriors sporadically raid the lands south of their territory like terrestrial (for the most part) Vikings. The Land of Always Winter, further north, might contain mysterious being (like Santa Claus). 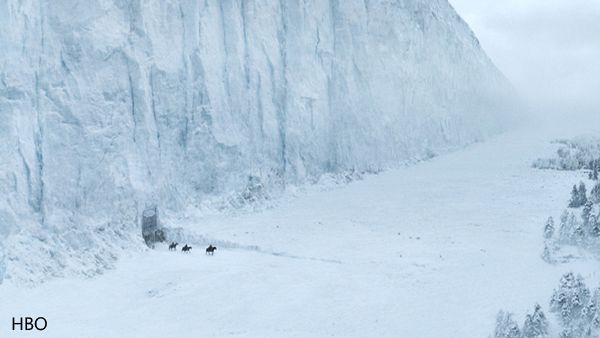 The Faroe Islands: The tiny volcanic island could be Dragonstone, which had been the seat of the House Targaryen until the rebellion. After Robert Baratheon won the Iron Throne, he gave Dragonstone to his older brother, Stannis Baratheon.

Iceland: Iceland would be The Iron Islands The harsh living conditions on the Iron Islands produce rough men, who style themselves Iron-Born. Much like the Vikings, they are skilled sea-faring warriors who plunder harbours and cities all along the western coast of Westeros. They call it ‘paying the iron price’. House Greyjoy rules the Iron Islands.

Northern England: Mountainous highlands under heavy cloudy skies, the rough land of Scotland and Northern England could only be the North. The honourable Stark House defends the rest of Westeros from the wildings living north of the Wall. Coincidentally, the region contains both Hadrian’s and the Antonine Wall. Remember, winter is coming.

France: France has to be the Stormlands, land of the rebellious and short-tempered House Baratheon. King Robert’s taste for wine, feasts and women proved fatal in the end when he went hunting and got drunk on fortified wine provided by his squire, his wife’s nephew, in an attempt on his life. The plan worked and a boar fatally wounded him. Both his younger and older brother try to claim the throne but it is his “son”, Joffrey Baratheon, who is the king of Westeros at the end of the season 2 of Game of Thrones. 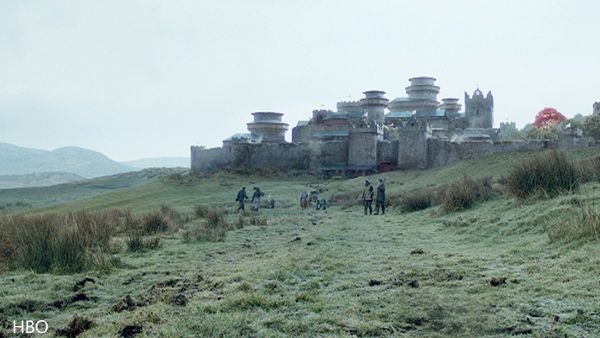 Germany: Germany would be the Westerlands, a very rich and hilly region. It is ruled with an iron-fist by the blonde and blue-eyed House Lannister. After the crowning of Robert Baratheon, he was married to Cersei Lannister, the daughter of Tywin Lannister from Casterly Rock, the Warden of the West and lord of the Westerlands . Viewers learned in the two first seasons that the three children Cersei gave King Robert weren’t his, but the results of an incestuous relationship with her twin-brother Jaime Lannister.

Athens: The Greek capital would be Pentos, on the continent of Essos, the city where Viserys and Daenerys Targaryen lived in their youth, hosted by the Magister Illyrio Mopatis. Pentos is a large port city, with a large temple. Its inhabitants use enslaved servants.

Istanbul: The city of Qarth is described as a “port city located on the south coast of the Essos continent. Situated in a central location, Qarth is a gateway of commerce and culture between the east and west, and the north and south (…)the city’s architecture makes a grand display”. It fits perfectly the description of Istanbul throughout the ages. (source: http://eurone.ws/YGAC2c)

Austria and Switzerland: Surrounded by mountains, these countries would be the Vale, ruled by House Arryn, protected in its impregnable fortress of the Eyrie. Although honourable warriors, the inhabitants see foreigners with wary eyes.

Hungary: The Dothraki horse-riders are reminiscence of the early Hunnic Empire, formed in present day Hungary, who were a confederation of tribes united behind a strong leader. Similarly, the undefeated Khal Drogo has united a very large army (or khalassar). His untimely death prevents his wife, Daenerys Targaryen (daughter of the king deposed by Robert Baratheon’s rebellion) to claim the Iron Throne back with the help of Drogo’s Dothraki army.

Italy: Italy would be the Reach, ruled by House Tyrell. The fertile region produces melons, peaches, apples, and grapes that make its wine famous in all Westeros. House Tyrell rules the Reach from the fortress of Highgarden.

Sicily: A wine-producing island south of the continent? Easy, it is the Arbor.

Spain and Portugal: Beyond a mountainous region (the Dornish Marches/the Pyrénées) Spain would fit the description of the exotic peninsula of Dorne. Its inhabitants, with olive skin and hot blood have a taste for spicy food. The climate of Dorne is hot to semi-arid. With deserts inlands, most cities are on the coast.

The Netherlands and Belgium: These countries would make a great Riverlands. A fertile region full of rivers prone to flooding, it has marshes in its northern part. Its central location in the continent makes it a frequent battlefield. House Tully rules over a population of peasants and fishermen.

Naples: A port city with a castle overlooking the sea, in a Mediterranean climate that’s King’s Landing in a nutshell. King’s Landing’s … legendary smell could fit Naples during the worst trash collection strikeit has known. However, the TV series’ King’s Landing have been shot in Dubrovnik, Croatia, and on the archipelago of Malta. 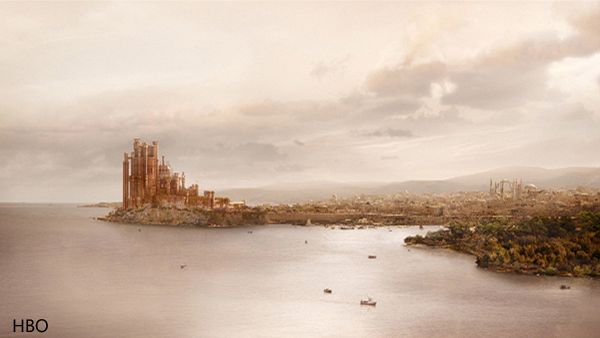