Ahead of the re-opening of Cypriot banks on March 28, the Central Bank of Cyprus sent private security vans packed with cash to stock them up.

The European Central Bank (ECB) also flew in emergency funds from Frankfurt. The ECB did not confirm the exact amount but several estimates put it at an unprecedented five billion euros.

Although the banks are open again, Cypriots are still having to accept restrictions on how much money they can withdraw and transfer.The government said it would be reassessing the measures on a daily basis. 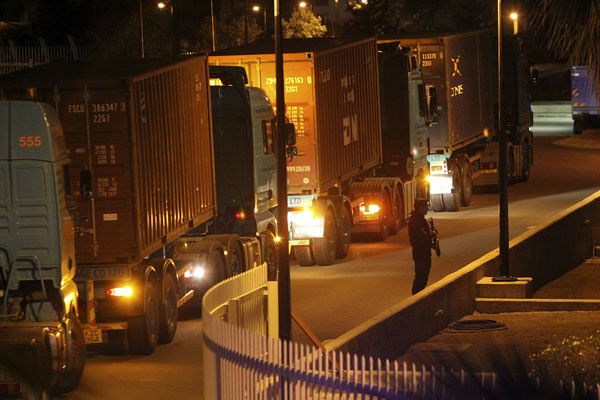 Since the euro was launched, no member state has faced such emergency measures to keep cash within its borders.


Euronews is no longer accessible on Internet Explorer. This browser is not updated by Microsoft and does not support the last technical evolutions. We encourage you to use another browser, such as Edge, Safari, Google Chrome or Mozilla Firefox.