Greece’s far-right Golden Dawn party has started courses on what it calls “national awakening” for children from six to 10 years old.

About 20 children attended the first such meeting – with their parents. The party said it was held on Saturday, Feb. 23, at its offices in Artemis Attica.

The children watched “educational videos” and participated in a panel discussion on “the birth of the ancient world, the Olympian gods and the Christian faith” according to Golden Dawn’s website.

The site added that the initiative was the first of many to be organised “in an effort to regenerate the Greek spirit”. 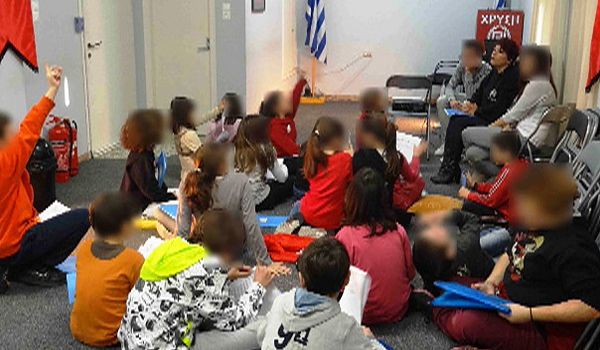 On January 31, the website posted a text by George Georgalas, first published in 1967, about the value and importance of childhood indoctrination.

In the text, the author indicated that children between six and 10 years old are the most “appropriate” for that in order to “create the trends, tendencies, ideals through fiction.”